From Ship to Shores to Shelves: Truckers Do Majority of the Legwork 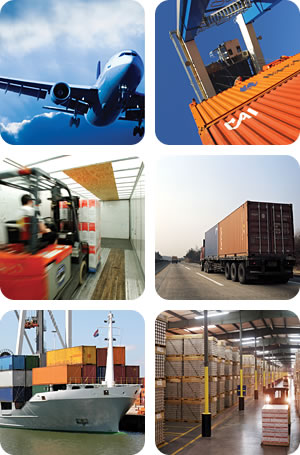 Much has been made of the import/export trade imbalance that has characterized the United States’ international trade over the past 30 years. Once a predominantly export-oriented nation, the low cost of goods from chiefly Third World and Asian countries has made the U.S. much more a consumer culture in recent decades than at any time prior in its 237-year history.

We will leave that debate to pundits and world economists. The fact remains that tens of millions of products from abroad descend upon our shores every year, landing in ports like New York, New Orleans and Los Angeles, with numerous other ports of call in between. Despite the fact that most of these goods have traveled to the U.S. from the four corners of the earth, the final leg of delivery, from ship to store shelf, is often the most complex. And a majority of the time, that route is the province of logistics providers—independent entities serving as the last link in a global supply chain.

While many of the thousands of trailers that one may see stacked onboard freight ships in a major harbor do indeed end up on the nation’s rail system, that is generally a penultimate journey to one more regional hub before trucks deliver goods to their final destination. In many cases, products are parsed out at the waterfront immediately upon arrival, delivered within days, if not hours, of arrival upon our shores. Food that has been packed in ice for two weeks on the long journey from Japan may reach grocers’ freezers or chef’s prep tables before the first hint of thaw.

Look at some of the staggering statistics provided by the U.S. Census Bureau regarding the year of January through December 2012. It’s estimated that third-party logistics providers had a role in transporting at least 93% of these solid goods from ship to shelves, and roughly 80% of the gross revenue represented by imports.

Industries rely on dedicated shipping partners such as Dupré Logistics because they provide an expertise that only the biggest conglomerates wish to develop within their own infrastructures. Aside from matters of shipping and transport, superior logistics providers offer an expertise in matters of customs, foreign trade zones, taxes and inspections that can greatly expedite the passage of goods through the final leg of the supply chain once goods have reached the U.S.