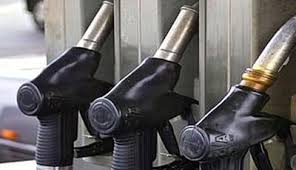 Ella Johnson rings up another sale at the cash register while her husband, Danny, checks a wiper blade catalog for a customer with a half, salt-encrusted windshield. Business is booming at the Johnson’s western Maryland Gas & Go filling station. Now an independent enterprise, the Mom & Pop team were formerly long-affiliated with one of the big oil companies. Too many corporate demands, high oil prices and low profit margins convinced the couple to shed the corporate franchise five years earlier.

Initially, the were buying their gasoline and diesel from the gypsy jobbers that serviced indies like themselves and companies with on-site fleet pumps. But service was at best, irregular, and often downright unreliable. “We were the last stop on the totem pole,” says Ella. “If somebody ahead of us had an empty tank, our refill was often delayed for days. Too often, we had to tape ‘out of order’ signs on half the pumps, simply because one of our tanks was empty.”

Independence from Big Oil was turning out to be an even bigger problem. So Danny Johnson initiated a Google search to see if he could find a single, reliable independent provider. He came up with a company that was less than two hours away, over the state line in Pennsylvania. Their fluctuating fuel prices over previous months, which the company provided, were consistently less than anything the Johnson’s paid the gypsies during that same time.

But of concern to the Johnsons was the fact that the fuel company’s rep told them that they employed an independent firm to handle all their deliveries. It sounded like another gypsy scenario to them, and they wondered if they’d be subject to the same inconsistencies of deliveries and product. But the rep assured them that their fuel would arrive in full shipment and in timely fashion, and made some promises the Johnsons couldn’t pass up. They decided to give it a try.

Two years and three months later, the Johnson’s gas station is more profitable than at any time in its 21-year history. Gas deliveries are twice weekly—more frequently during big travel weeks. The truck, usually driven by an affable young guy named Pete, shows up like clockwork, always within an hour’s window of time. The service is more reliable than when they were affiliated with the big oil firm.

Dan and Ella joke that it feels as if Pete works directly for them when, in reality, his independent fuel delivery service is contracted to their gas and diesel provider. As the company rep has told them, outsourcing their delivery to an outside firm allows them to run a lean and efficient fuel business without having to maintain a fleet and hire drivers. It allows the company to provide fuel to indies like the Johnsons with the least expensive fuel possible. And Danny and Ella are just one of thousands of examples around the country where the Mom & Pop business model has survived –and thrived-hanks to fellow independent business partners and dedicated logistics providers.