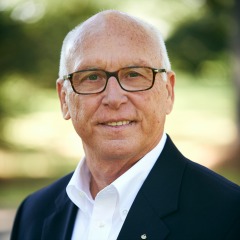 Last week the Truck Safety Coalition(TSC) announced that Dupré Logistics CEO Reggie Dupré is the recipient of the 2016 Truck Safety Leadership Award. The Award will be given to Mr. Dupré and Steve Williams, Chairman and CEO of Maverick USA Inc. from the coalition that is dedicated to reducing the number of deaths and injuries by truck-related crashes.

Jane Mathis, Vice President of TSC, remarked, “Mr. Dupré has promoted and oversees a safety culture that strives for best practices rather than simply following basic regulations, which he views as minimum standards. This is demonstrated by his implementation of training programs for drivers, a fatigue management plan that includes pay-by-the-hour for many of his drivers, and equipping their fleet with common sense safety technologies, which has helped the company experience much lower driver and vehicle out-of-service rates compared to industry averages.”

“We take safety seriously,” said Dupré’s Chief Executive Officer, Reggie Dupré. He continued, “This award is further proof that making safety part of everything we do is the right thing and the safe thing for all on the road.”

Mathis further stated, “We also commend Mr. Dupré for his involvement in the Trucking Alliance, which supports an increase for the minimum insurance required by motor carriers, and recently announced its opposition to efforts going on right now in the United States Senate to rollback federal hours of service rules for truck drivers. As a leader in the trucking industry we are opposed to the proposed changes included in the current transportation spending bill coming up next week in the Senate. We believe these changes will make our roads and highways more dangerous for the public and truck drivers.”

About Dupré Logistics: Dupré Logistics, LLC headquartered in Lafayette, LA specializes in transportation solutions for quality focused clients committed to increasing their competitive advantage. Dupré’s hazardous materials experience, (94% of our drivers are hazmat certified) driver retention, (3 times better than the industry average) and our reputation for reliable, safe service make us the firm for companies that are looking to lower their risk and overall cost of transportation.